Wondering how long does PCP stay in your system? The length PCP is detectable in the body varies based on numerous variables, including which type of drug test is being used. PCP, also referred to as angel dust, love boat, embalming fluid, rocket fuel, supergrass, killer weed, wack, ozone, and others, may be detected for much longer with some tests, but other tests may be able to detect it for up to three months.

PCP use comes with a long list of risks, therefore it is important to be informed on everything there is to know about this drug. Continue reading to learn more about the drug PCP, its many dangerous side effects, how long it is detectable, and where to find treatment for this addiction.

The abbreviation PCP stands for 1-phenylcyclohexylpiperidine hydrochloride, a synthetic compound. All PCP in the U.S. is manufactured in illicit laboratories, but this substance was first produced in 1956 by Parke Davis and Company as a surgical anesthetic. In the beginning, PCP seemed like a better choice than other available choices, but patients who were treated with it became overly agitated and disoriented as they recuperated.

As a result, PCP was withdrawn as a part of the medical community in the 1960s, but it became popular as a street drug almost immediately after. It is smoked and has an immediate impact, with a plateau in the range of 15-30 minutes. Users usually remain high for four to six hours, but it takes another 24-48 hours for them to feel normal.

Where is PCP Most Used?

The intense high that PCP provides is the initial thing that those who take the drug notice. When PCP is taken, neurotransmitters in the brain are altered, and the reuptake of chemicals like dopamine, serotonin, and norepinephrine is prevented. PCP produces a unique high that differs from those associated with many other illicit drugs.

When PCP is consumed, it quickly takes over the brain and body, disrupting how the brain normally processes information. PCP’s effects are immediate and last for up to a day, depending on the amount taken. Because of this disassociation, the drug prevents the brain from functioning normally.

Some users find it frightening to lose control over their mind and body after using PCP—particularly if it has been mixed with other drugs such as MDMA or marijuana. Some individuals who have used the substance describe it as a compelling primary drive and uncontrollable, impulsive responses.

PCP makes you feel euphoric, floaty, and disconnected from your body and surroundings at a lower dose. As the dose increases, the effects become more intense, leading to hallucinations and erratic behavior.

PCP is frequently associated with violent behavior. There have been numerous homicides committed by individuals on this drug. Those on PCP cannot reason with themselves; they cannot think, “This is a bad decision; I probably should not do this.” Drug-driven impulses lead them to act, and frequently they are arrested as a result.

How Long Does the PCP High Last?

The duration of PCP is dependent on the amount of body fat you have; it may last from six to 24 hours or up to 48 hours in some people. In people with higher body fat, the effects might come and go or vary over the course of several months due to the fat-solubility and long-term storage of PCP. Your lipid stores and fatty tissues will retain PCP for a long time due to its fat-solubility. The quantity you take and whether you are using other substances also affect how long you feel the side effects.

How Long Does PCP Stay in Your System?

The half-life of PCP is estimated to be 7-46 hours. The half-life of a drug is the amount of time it takes for a person’s metabolism to halve the original concentration of the drug. The time that a drug remains in an individual’s system is often determined by this measurement. When an individual takes a drug that is lipophilic (fat-soluble), it will remain in the body for a longer time than when the individual takes a drug that is hydrophilic (water-soluble) or hydrophilic. PCP is lipophilic and therefore will remain in the system longer.

The time it takes to detect PCP in the system is based on each individual’s metabolism, body mass, age, hydration level, physical activity, health conditions, and other factors, so it is nearly impossible to predict when PCP will appear on a drug test. The following are common drug tests used in detecting the presence of PCP.

Urine testing is one of the most extensively used drug testing procedures, with a detection window of up to 30 days. Metabolites, the byproducts of your body breaking down drug substances, are evaluated in this test. Antibody-antigen complexes, which are produced when your immune system releases antibodies in response to drug substances, are also evaluated.

A urine test can detect PCP substance abuse for up to 14 days. Urine testing may be able to tell how much drug is used, not just whether it is present.

Saliva tests collect saliva from your mouth and analyze it to see if you’ve consumed anything orally, as well as to see if any drugs are present. A saliva test may be used to detect drugs that have been used recently or are still in the mouth. However, there are several disadvantages to this method. Because drugs may inhibit saliva production, the result of the test may be artificially low. It also provides a window of detection of just 24 to 48 hours after the last dose, making it difficult to determine whether the drug was used recently.

PCP abuse can be detected by saliva testing up to 3 days after your last dose. Because saliva tests are very precise, false positives are rare.

A blood test is typically conducted during an emergency, but it can also be used to detect drug compounds for pre-employment tests. Annual physicals typically include blood tests. Compared to other testing methods, collecting a sample is more invasive, as it requires drawing a small volume of blood from a vein. Furthermore, the test detects recent substance use, which must have occurred within two to twelve hours prior to the test.

A blood sample can confirm PCP use for about one day. Blood testing detects the actual drug, so a positive result can be detected almost immediately after substance use.

A follicle or hair sample from your face, head, or armpit is required for a hair or follicle test. It provides information on a person’s cumulative drug use. This testing method can detect substances for up to one year, which is longer than most other methods. The detection window for hair from your scalp is three months, and for body hair, it is up to 12 months.

Drug metabolites remain in the hair for up to 12 months after drug use, resulting in a long detection window. This ability is why it’s possible to establish a drug use timeline through a hair test. Even so, it has its limitations. It may not be able to detect low-level or single-use cases as successfully as other methods might.

Longer hair can give a longer detection window for PCP use, which can be detected in hair follicles for up to 90 days. It takes about seven days for traces to become detectable in hair.

Signs of PCP Use and Addiction

PCP abusers don’t always appear insane or violent. At first, many PCP users appear drunk because PCP causes slurred speech and poor coordination. PCP abuse can be recognized from the outside by behaviors ranging from sitting and staring vacantly to sudden bursts of energy or impulsive behavior. Erratic behavior is particularly apparent in confrontational settings, and this leads to increased violence.

Because PCP has such powerful and erratic consequences, no one indicator or set of symptoms will be present in every case of PCP abuse. The following are some of the more common indicators that a person has been abusing PCP:

Long-term PCP use leads to tolerance and cravings resulting in increased usage. Addiction is possible after prolonged use. Someone who has been using PCP for an extended period might exhibit the following signs of addiction:

There are several signs of PCP overdose. Hallucinogens, unlike other types of medicines, produce clear signs of overdose, which are difficult to ignore. The following are PCP overdose symptoms:

It’s completely understandable if overdose victims are unable to express their issues, since they may not realize they have them or realize that anything is wrong. It will frequently require an attentive friend or relative to recognize symptoms and obtain appropriate medical assistance.

It is crucial to mitigate any potential damage to the central nervous system as soon as possible once PCP overdose victims arrive at a healthcare facility. Without proper care, permanent damage to parts of the brain that process information, form memories, and problem-solve may occur. Physicians will monitor their patients until PCP is eliminated from their system, as it may be life-threatening in large amounts.

The short-term consequences of PCP withdrawal may include elevated body temperature, seizures, and muscle deterioration. Muscle twitching, restlessness, and hallucinations may be common if the drug was taken for a long time. In addition, acidosis has been reported in some PCP users detoxifying.

Depression and memory loss are common long-term withdrawal symptoms that may last for up to a year after the initial detoxification. Weight loss, speech impairment, and cognitive impairment have also been reported to last for months after detoxification. The possibility of developing these symptoms and their duration is greatly influenced by how long the patient has used PCP.

Treatment for PCP Use at Asheville Detox Center

If you’re wondering how long PCP stays in your system, it may be time to seek treatment. PCP addiction is a brain disease that can seriously damage the quality of life. Fortunately, anyone can recover from PCP addiction with our help.

At Asheville Detox, our experienced clinicians can help you or a loved one who is in need of PCP detox and addiction treatment. Through individualized treatment plans and holistic care services, we can help you finally rid yourself of PCP once and for all.

To learn more about our treatments and services, contact a professional at Asheville Detox today. It is never too late to turn your life around and we are here to help you do it. 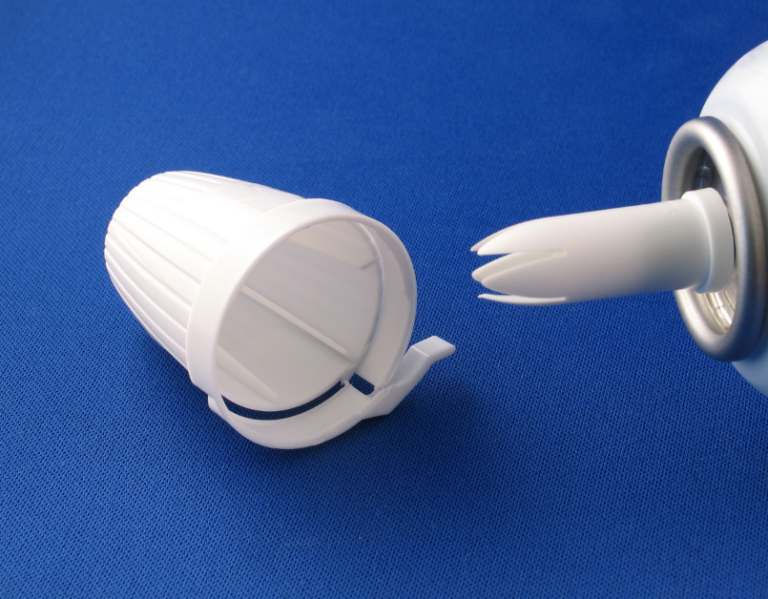 Often used to relieve pain in dentists and doctors’ offices, nitrous oxide is also used as a propellant in aerosol cans and is… 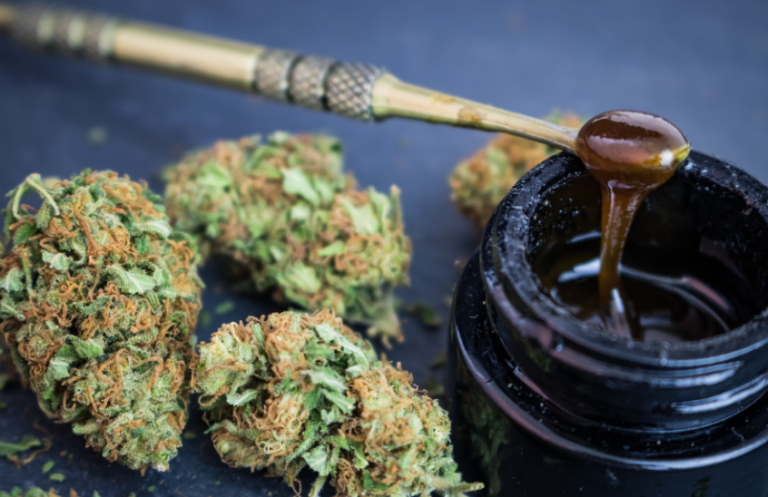 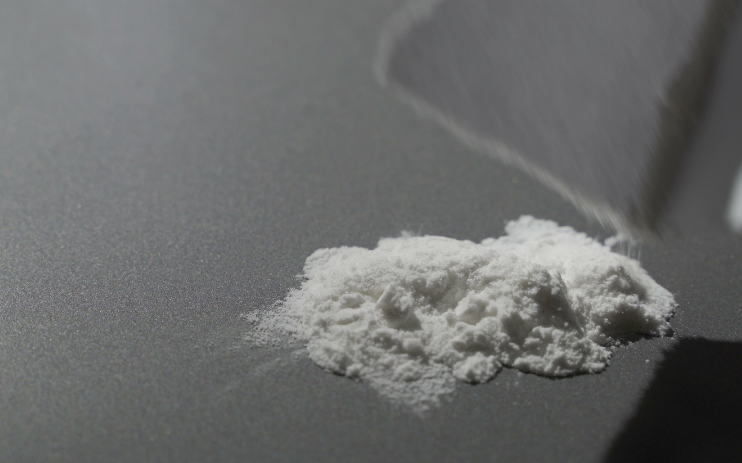 Do you have someone in your life who takes ecstasy on a regular basis? If so, you might want to consider gathering with… The transition from oxycodone abuse to oxycodone addiction can be quick and dangerous. It can be difficult to keep a handle on the…

According to the National Institute on Drug Abuse, almost half of all opioid deaths in the U.S. involve a prescription opioid. If you…